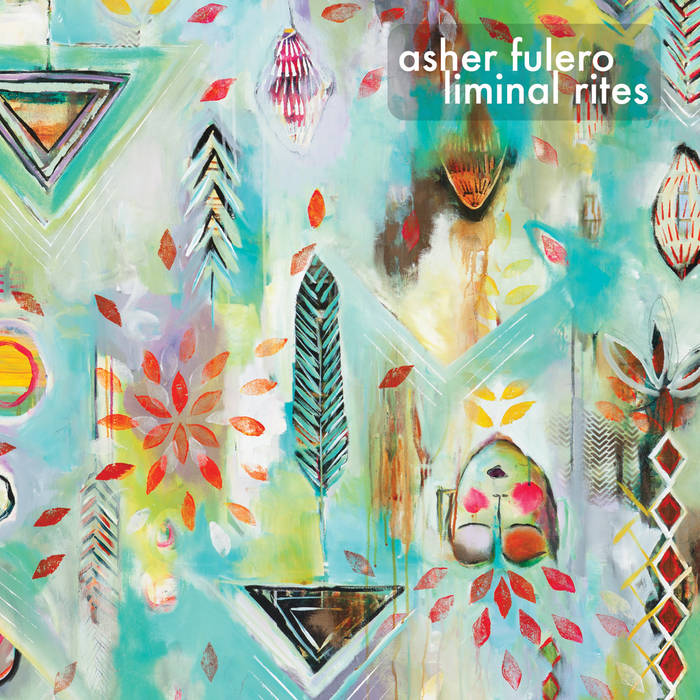 Beautiful 6-Panel Gatefold Digipak CD's are also available DIRECTLY FROM THE ARTIST with no middleman taking a cut, thanks to membership-free PayPal links below. CD's are $12 each, or HAND-SIGNED for $17 (each adds $2.25 shipping)

Rooted in the study of Rites of Passage, liminal space is the central portion of any transitional period, when the subject has released connection to it's previous state but has yet to define it's new state. In particular, Liminal Rites involve the creation of a 'blank slate' through the removal of previously taken-for-granted forms and limits. During liminal periods of all kinds, hierarchies may be reversed or temporarily dissolved, continuity of tradition may become uncertain, and future outcomes once taken for granted may be thrown into doubt. The dissolution of order during liminality creates a fluid, malleable situation that enables new institutions and customs to become established.

This concept resonated deeply for me during this transition between my extensive work as a sought-after keyboardist/sideman and recent work as a driven frontman for my own projects. The liminality concept also reflects the method used to create the music. Each piece was completely improvised in one take, with no revisitations, post-recording edits or fixes of any kind. The performances are in-the-moment, capturing the full dynamic range of the piano and my intuitive musical flow.

Continuing the musical approach from my 2010 album 'The Green Piano', 'Liminal Rites' refines the idea; improving the techniques of performing, conceptualizing, and capturing the improvisations while expanding the scope of the vision into a full-length 50-minute journey. Between November 2011 and January of 2013 I captured as many late-night solo introspection sessions as possible amidst my concert/festival/session/production/travel schedule. I amassed around 50 pieces which were culled down to a final 13 and painstakingly arranged for just the right flow and timing, with the final selections being lovingly mastered in full analog by Nick Moon at Tone Proper.

Next, I connected with world-famous painter, art technique innovator, and inspirational instructor Flora Bowley on a conceptual art collaboration to create the album artwork. We agreed that her 'brave intuitive' artistic ideal and improvisational painting technique reflected my own emotionally raw improvisational musical approach. She painted in her own style while using the completed music as a sonic background for inspiration, creating a visual masterpiece that captures the spirit of the music while providing a journey and a dialog all it's own. It was Bowley herself who, during her painting sessions, gravitated toward the word 'liminal', inspiring me to further research the topic and eventually frame the project with this concept.

The album is subdivided into three sections mirroring the three phases of a Rite of Passage, the first being Separation in which the subject ceases to be defined by it's previous state. Second is the Liminal Space itself and it's various explorations and visions, followed by Reintegration where previous definitions are combined with new information from the liminal space to define a new state, completing the Rite of Passage. This progression is echoed in the song titles, as well as the music itself. It is a beautiful listen and a unique look into an artist's journey, with a deeper connection to a concept that increasingly reveals itself over repeated listens.

Bandcamp Daily  your guide to the world of Bandcamp

Featured sounds by K.Spark and WIZDUMB, plus Basi joins the show to discuss his latest release.